Goolu and Mario Kropf had not the slightest inkling that they would one day be the owners of Moorcroft Manor. Having discovered the hotel many years earlier while spending a few weeks in South Africa acquiring their pilot licenses, they both fell in love with the Southern Drakensberg because it reminded them of Mario’s mountaineering youth in Switzerland and also of the years they spent together in Kenya.

Between the couple, they speak seven languages and their exposure to a variety of cuisines in the numerous countries in which they lived and worked often find a home on the special’s menu of the restaurant.

The hotel is operated by a staff of 20, many of whom have worked alongside Goolu and Mario since taking ownership in 2011. The reception, restaurant, kitchen, housekeeping, maintenance and garden team enjoy working together and, in their spare time, operate a vegetable market garden, supplying the hotel with fresh vegetables in the growing season. 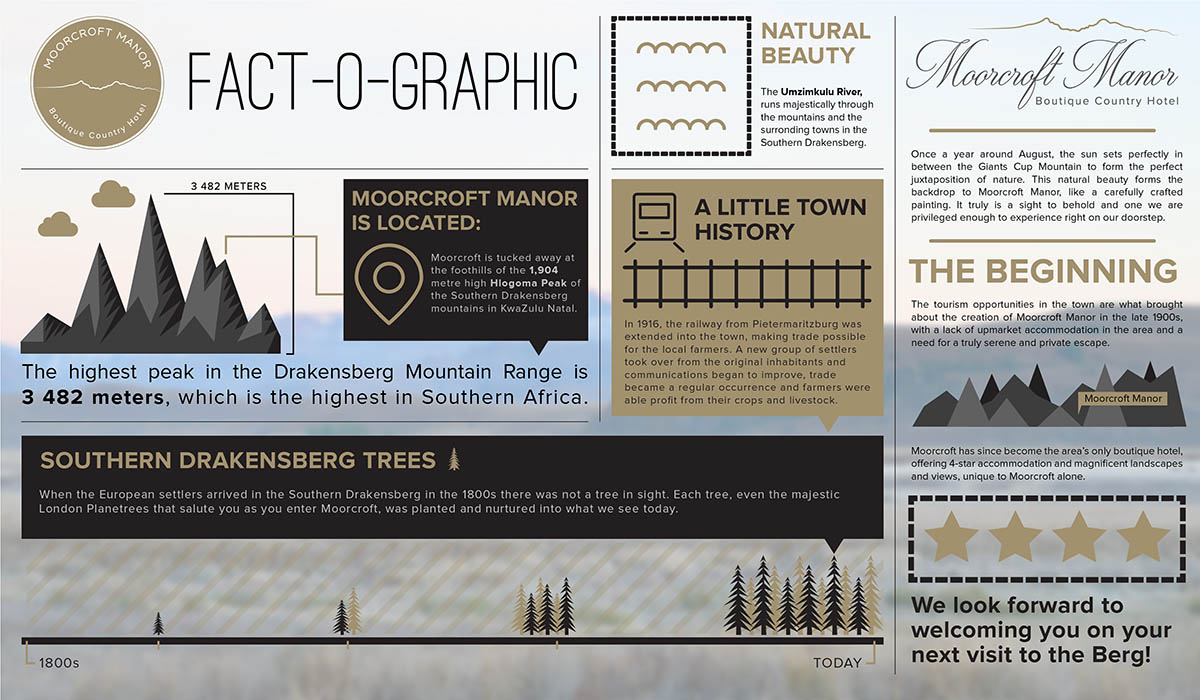